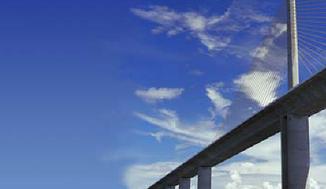 Child Support may be one of the easiest and clearly defined areas of Family Law.  In Florida, we use child support guidelines to calculate the amount of child support that will be paid.  The numbers that are plugged into the Florida Child Support Guidelines are the net incomes of each Party, the cost of child care, the cost of health insurance and the cost of uncovered medical, dental and prescriptions that have not been ordered to be paid on a percentage basis by the court.  An adjustment will be made if parent paying child support has 20% or more timesharing.  Only under very limited circumstances can the court depart from the Child Support Guidelines amount.  Child Support can be ordered to by paid directly from one spouse to the other, through the local Clerk's office, or through the State of Florida Child Support Disbursement Unit.  The court has the ability to enter an Income Deduction Order (IDO) to have child support taken directly out of a paycheck.

While the calculation of child support is a fairly easy task, child support enforcement proceedings can become significant litigation.  Failure to pay child support is subject to the court's contempt powers and a person found in contempt can spend 5 months, 29 days in jail without the benefit of a jury trial.

Contempt proceedings for failure to pay child support can be brought by the obligee or, in certain cases where the obligee is receiving government assistance, by the Florida Department of Revenue - Child Support Enforcement Unit.  The Florida Department of Revenue (DOR), does not actually represent the obligee.  DOR represents the State of Florida which has a compelling state interest in seeing that child support is paid.  The theory is that the more child support is paid, the less the State has to pay out in public assistance.

There have been a number of legal tools made available for the collection of outstanding child support.  Income Deduction Orders can be entered and child support taken directly from the obligor's paycheck.  Money can be taken from tax returns.  Driver's licenses can be suspended.  Often times these tools are exercised without any significant inquiry into the facts.  The obligor will receive a Notice in the mail that some collection effort is going to take place.  If the obligor fails to respond and request a hearing, the collection effort will go into effect.

If you have received a Notice that you are subject to Contempt Proceedings or collection efforts, or if you are not receiving your court ordered child support, call Michael D. Fluke, P.A. today.